Sanskrit: The Next Generation Language 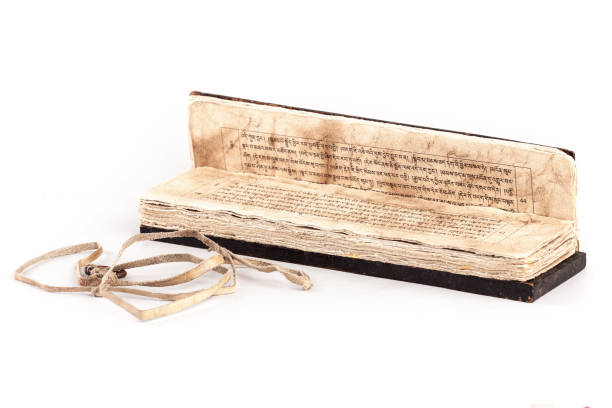 I am sure you as an Indian may have not been surprised by reading the title. We all know that our ancient texts hold some of the best knowledge in the world.

Our art, culture, and civilization are so prosperous that 5000 years ago when most of the civilizations in the world were leading nomadic lives, the Indus valley civilization was then the pinnacle of progress in India.

Rigveda is the oldest written text in the world. Indian civilization and Vedas date back to several thousand years, from point to zero to navigation systems to binary codes and even zero as well as science, engineering, astronomy, and mathematics India has given “written” knowledge of all of these.

While the world looks to India and ancient Indian texts for the advancement of the existing scientific knowledge, we are busy aping the west only to find that their scientific investigations lead back to our own ancient repositories of knowledge.

Sanskrit studies are becoming increasingly popular in the west while India is lagging far behind in the race and losing out on its wealth.

With each passing decade, the number of foreign languages learners are increasing at rapid growth. Learning one’s own mother tongue seems to be a matter of distaste and disdain – while learning English and European languages is a matter of pride and prestige for many.

But as time is passing by now we can see the change in society’s mindset. As Indians rediscover their roots in their collective consciousness, we begin to reflect on why and how the Europe-centric mindset has pervaded and distanced us from our own languages, culture, traditions, and knowledge.

More and more countries are popularizing the study of Sanskrit, not just for the spiritual, cultural, and literary interest in the language, but also for the wealth of scientific knowledge available in Sanskrit texts.

Sanskrit is a brilliant language. I’m not kidding and neither am I being sarcastic. It really is the most precise language in existence, with Latin being a close second. However, it isn’t a perfect language and it isn’t natural either.

Is Sanskrit The Best Language For Artificial Intelligence?

No need to say again and again that Artificial Intelligence is the future of our technology. But still, there are many criticism and arguments going on about how to develop the most suitable language to upgrade the current existing artificial language.

Recently, the news being rumored around many prestigious tech-science circles is that NASA has made an incredible discovery about computing language for Artificial intelligence. According to research, NASA claims that Sanskrit – the ancient Hindu language – is the most suitable language to develop computer programming for their Artificial Intelligence program.

NASA is researching the Vimana Shastras (the scriptures of aviation science) with astonishing breakthroughs in design and functionality. Research in mathematics and astrophysics is looking to Sanskrit texts for deeper understanding.

How Are Sanskrit & Mathematics related?

The Veda contains the following hymn that explains the importance of Mathematics.

The meaning of this hymn is as follows:

“Similar to a plumage on the head of a peacock, Gem/jewel on the head of a serpent, the subject: mathematics occupying the highest prominent place at the top among of all the vedanga sastras”.

Sanskrit  literature  explains  the  eightfold  path  which  is  used  in

Computer Programming is an entirely different thing as it deals with a human being generating code in a high-level computer language, which in turn translated to a low-level code through compilers and ultimately into binary instructions.

The entire chain of programming is based on mathematics /symbol language and not any human language is spoken or written. The ASCII – which has 255 characters or symbols of computer codes – in other words, each symbol can fit into a single byte. Although the symbols consist of few human-understandable characters such as numeric 1-9, alphabetical a-z, and some signs of mathematics such as +, -, /, %, etc.

So, now I would like to conclude it by saying that, Sanskrit has its origin in the ancient text like the Vedas and the Upanishads and when we go deeper into the details, we find it paving its back to Panini 350 years before Christ. Panini was a Sanskrit scholar, a Philologist, and also a scholar of Grammar. Sanskrit referred to as a Devabhasa (God’s language) is not because it is the oldest language – it is because it is very perfect in its structure, morphology, semantics, etc. which has not changed for 1000s of years.